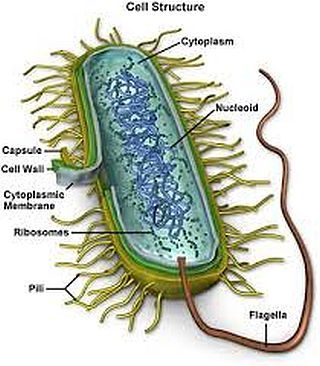 Intracellular mycoplasma infections consist of small, very tiny, pleomorphic bacteria which don’t have a cell wall. When mycoplasmas get inside our cells, they cause havoc with our metabolism. If we look at a number of modern diseases, we find that mycoplasmas are present in many of them. For example:

These diseases are common in the US population today and are experienced by many Gulf War veterans. These diseases do not appear to have a single cause and have multiple symptoms.

In the Persian Gulf, the US Military received 20 to 30 vaccines in a 2 to 3 day period. Mycoplasma infections were later spread to family members. Has Mycoplasma Contamination been Removed from Vaccines? Read this shocking investigative researech by Dr Nicolson...

As Enterovirus D68 Deaths Increase, Are Vaccine Contaminants to Blame?

Madison Grigsby, age 8, was taken to Dayton Children’s Hospital on September 22, where she was diagnosed with enterovirus D68. She was home when she collapsed. While she was fighting the disease in the hospital, her mother said, “Another illness started attacking her spinal cord. It has left Madison paralyzed in her legs and feet. Basically, what it did to her body was it attacked her body to the point where her body couldn’t fight it off anymore which caused her to have transverse myelitis from it.”

It would be a very interesting research project to examine the medical history of each American child who has been hospitalized with respiratory weakness or paralysis because of EV-D68 to determine which vaccines they received in the weeks preceding their hospitalization.

Researchers examined a 15 year collection of health data in Hong Kong, which came from the monitoring of children who suddenly and inexplicably experienced paralysis in their arms or legs. They collected data from 1997 through 2011.

When they found a child with paralysis, they collected data on demographic characteristics, vaccination history, clinical symptoms, and the presence of viruses in stool specimens.

Of the 247 cases reported during the 15 year period, about 45% were children under five years old. None of the cases involved the polio virus, which is known to cause life-threatening paralysis. About 60% of the children with unexpected paralysis were identified with neurological disorders such as Guillain-Barré syndrome (25.9%) and myelitis (13.4%). Viruses were detected in 14.0% of the cases. The viruses included non-polio enteroviruses (60%) and adenoviruses (31%). [8]

The researchers in Hong Kong were not afraid to ask the question, “Could the paralysis be caused by vaccines?” This is a key question, because neurological symptoms such as paralysis could be an adverse reaction to the ingredients of vaccine formulas. The reactions could also be caused by the presence of unintended contaminates in vaccines. Guillain-Barré syndrome, for example, is an adverse side effect of vaccines, particularly the influenza vaccine, which results in paralysis.